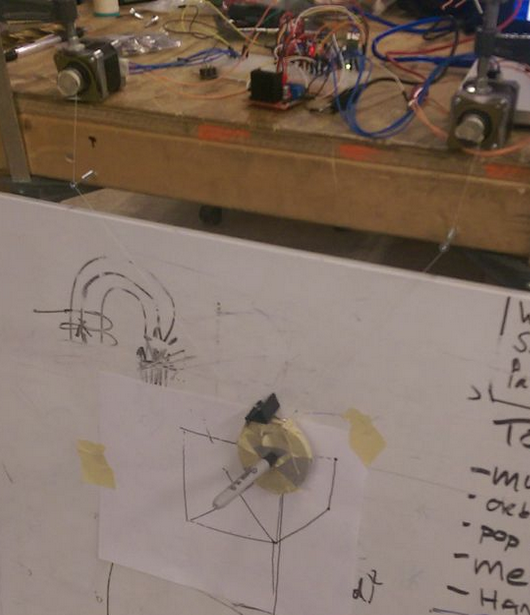 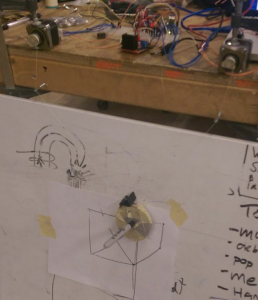 Saskatoon Techworks will be hosting an open house on Saturday July 19th in our space at 509A Gray Ave. The specific times have yet to be determined, but it will likely run something like 10am-5pm. There will be several of our members’ projects on display and also some “hands on” activities such as combat robots (courtesy of the Saskatoon Combat Robotics Club). We’ll also have the BBQ running for most of the day so there will be food & drink available for purchase. More details to come closer to the date, but go ahead and mark your calendars!

It’s that time of year again… join us at the space (509A Gray Ave) on March 11th at 7PM for our third AGM. We’ll take a quick look back at the past year, get an update on the organization’s financials, vote in the Board of Directors, and more.

If you’re looking for something to do this weekend, head to Centre Mall between 11-5 today or tomorrow where our friends over at http://kilobots.com are hosting their 27th combat robotics event. More details can be found on the Facebook event here: https://www.facebook.com/events/773284319364811/.

As of today we have officially moved into our third location, 509 Gray Ave in Sutherland. The space is considerably larger than what we had before, a necessity with our rapidly growing membership. We will post some photos as soon as we get settled.

We’re ridiculously excited about the success of Rylan’s Kickstarter/Indiegogo campaign for the Peachy Printer. He was able to raise just over $700,000 which will go towards R&D of the printer and, eventually, production of nearly 5,000 Peachy Printers for backers. We’ll be posting periodic updates here regarding his progress, but for the news as it happens you should check out his website, http://www.peachyprinter.com. Also worth noting is that The Peachy Printer currently holds the title of “Most Funded Canadian Kickstarter Ever” as mentioned in the Kickstarter blog. Let’s see how long he can hold that title for!

One of our members, Rylan Grayston, just launched a kickstarter campaign for his $100 3d printer, the Peachy Printer. Only one day in to the campaign he is already over half way to his $50,000 goal! Check out the project here: http://www.kickstarter.com/projects/117421627/the-peachy-printer-the-first-100-3d-printer-and-sc?ref=country

This is a really impressive project put together by one of our members, Rylan Grayston. It’s a motion camera rig that is fully controlled using Blender 3D, an open-source 3d modeling and animation software. If the video below isn’t enough for you, you can read more about it here or here.

Big thanks to the organizers of MoSo for letting us set up a display and show off our creations this past weekend. We love getting out to events like this, it’s a great way to let the community know we’re here and show them a little bit of what we do. Check out a couple photos from the event below: 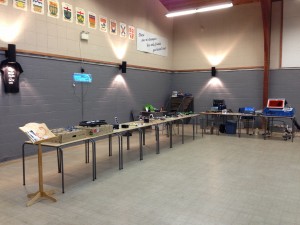 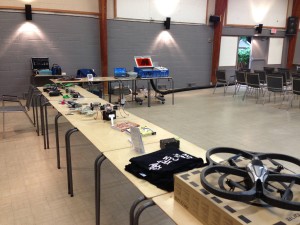